Australia and France will join forces as Le Coq Sportif and streetwear brand Laced team up to create a new take on the classic Zenith runner. The model is a firm favourite of the Australians, so when Le Coq Sportif decided to bring back the classic runner from their archives, the wheels for the project were set in motion. First released in 1988, it’s beautifully simplistic with perfect panelling.

The shoe pays homage to the Queensland roots who are known as the Banana Benders, it’s the first ever collaboration for Laced. Queensland farmers are responsible for 90% of Australia’s bananas, and people outside the country gave their natives their name of Bananas Benders due to their laid back lifestyle.

The main colour of maroon represents the place Laced have called home since 2006 and is symbolic to the war paint the Queenslanders often wear as they go into battle. The touches of white mesh and grey accents provide a natural classic base, while dark grenadine on the exterior give a nod to the dry dirt that covers most of Australia. A white embroidered Laced logo on the back of each shoe and materials true to the original Zenith complete this well executed concept.

The Le Coq Sportif x Laced ‘Banana Benders’ will be available at select worldwide retailers from 28th March; including Hanon, Footpatrol and SneakersnStuff. 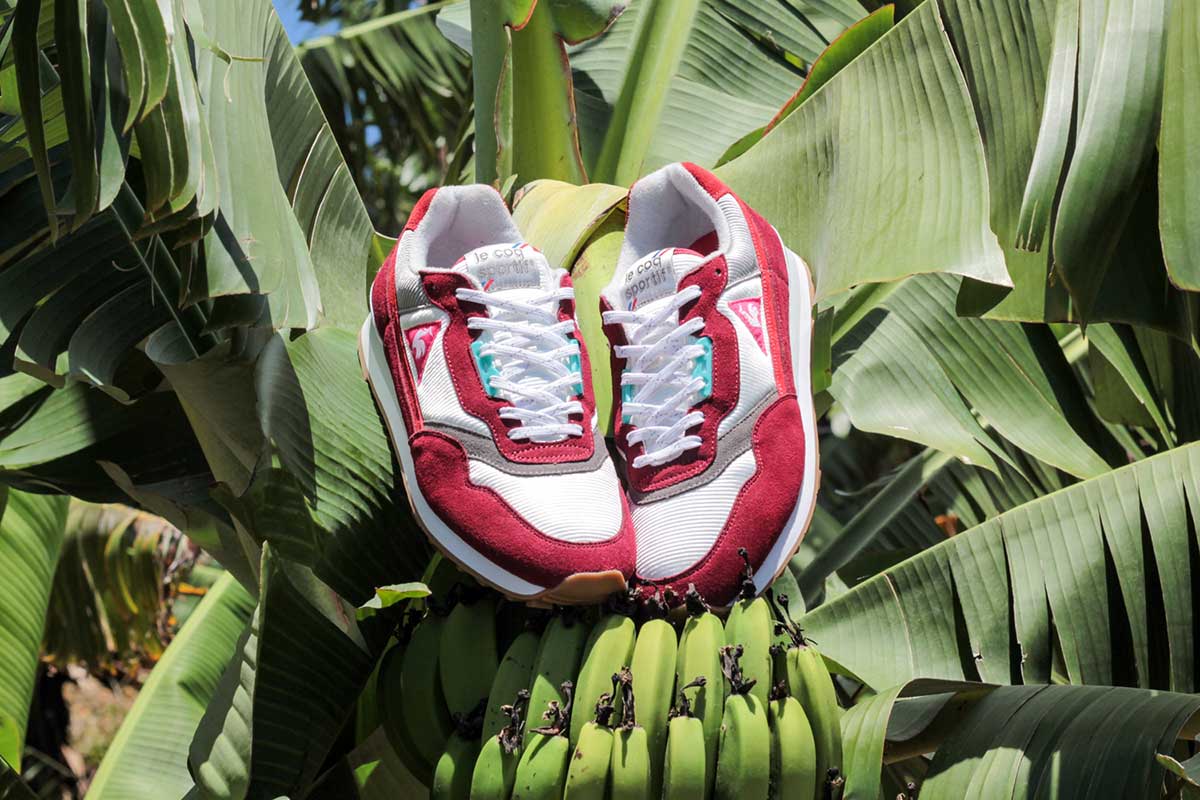 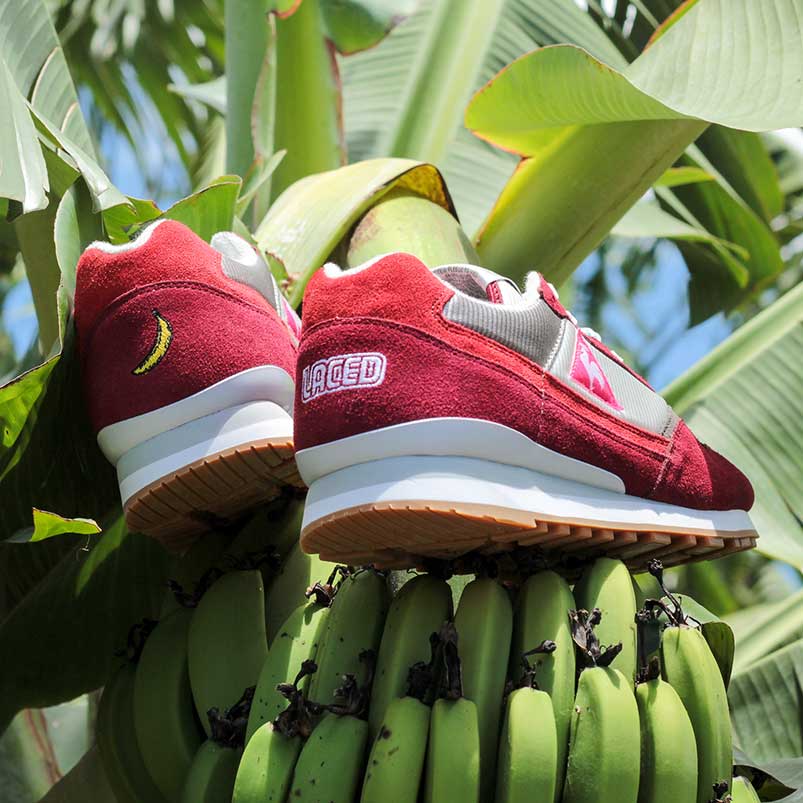 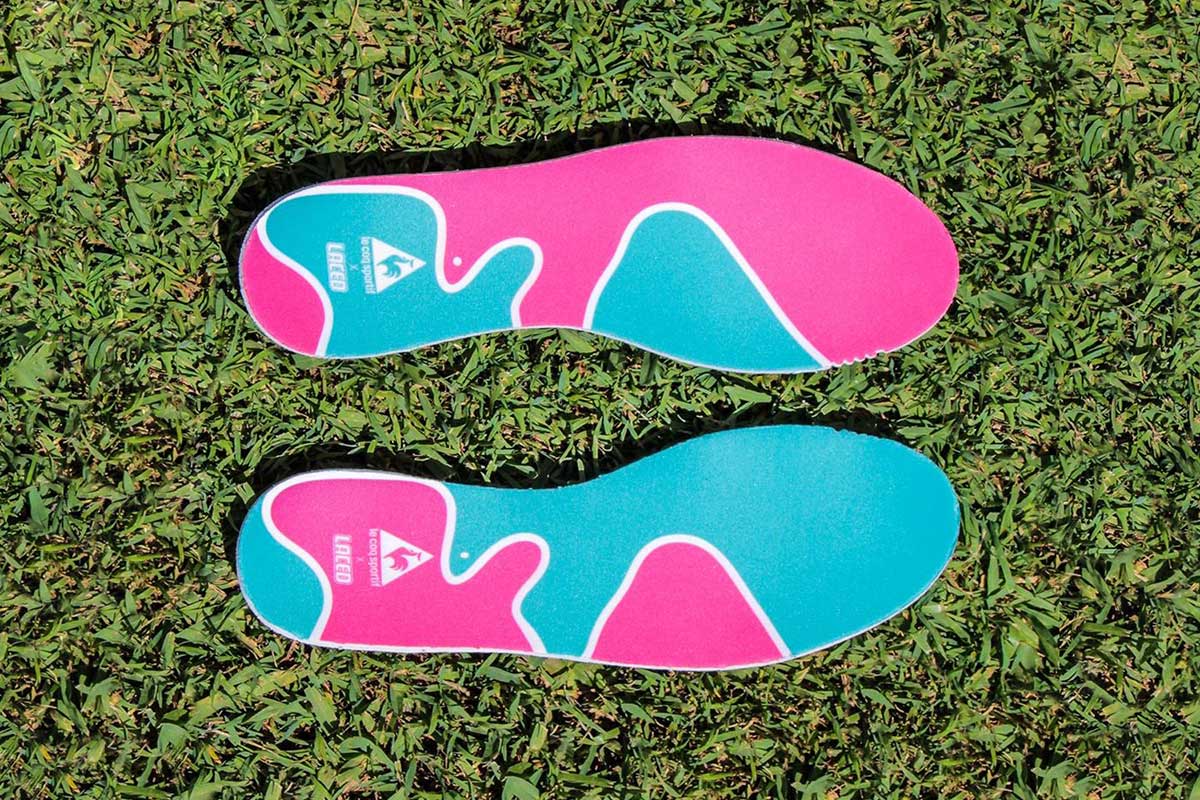