When it comes to sneaker stores and boutiques, there are very few, if any that come close to matching the impact that Sneakersnstuff have made. Celebrating their 15th year of business this year, they’ve been at the forefront of the sneaker business since first opening in the late 1990’s. Over the years they’ve worked with an endless list of brands and released some of most sought after limited edition shoes. Earlier this year they expanded their company further by opening their first overseas store in London.

It’s been a while since SNS’s last PUMA project and for this one they decided to approach things from a different perspective. Rather than your usual brainwave or in-your-face creation, they took inspiration from closer to home and those who had inspired them.

Swedish design has always been admired for its minimalistic and simplicity, but not all designers bought into that way if thinking. A group of 10 designers in the 1970’s formed their own company to have full control and do things their own way. It became a huge success and played played a large part in mixing up Swedish design ever since. 10-Gruppen now consists of 3 original co-founders – Brigitta, Tom and and Ingela who still to this day are creating new patterns. They still stay true to their original philosophies of re-branding themselves and being flexible to to attract new customers.

The Sneakernstuff x 10-Gruppen PUMA Suede is a tribute to the 10-Gruppen legacy. In order to give the company and project the respect it deserves they’ve had them made in Japan. The PUMA factory in Japan is well know for it high standards of craftsmanship and attention to detail. They knew that the 10-Gruppen fabrics would be expertly cared after to deliver a superior finish.

The PUMA Tom, Birgitta, and Ingela are Made in Japan with fabric designed in Sweden. All the shoes drop November 8th at Sneakersnstuff stores and through their website. 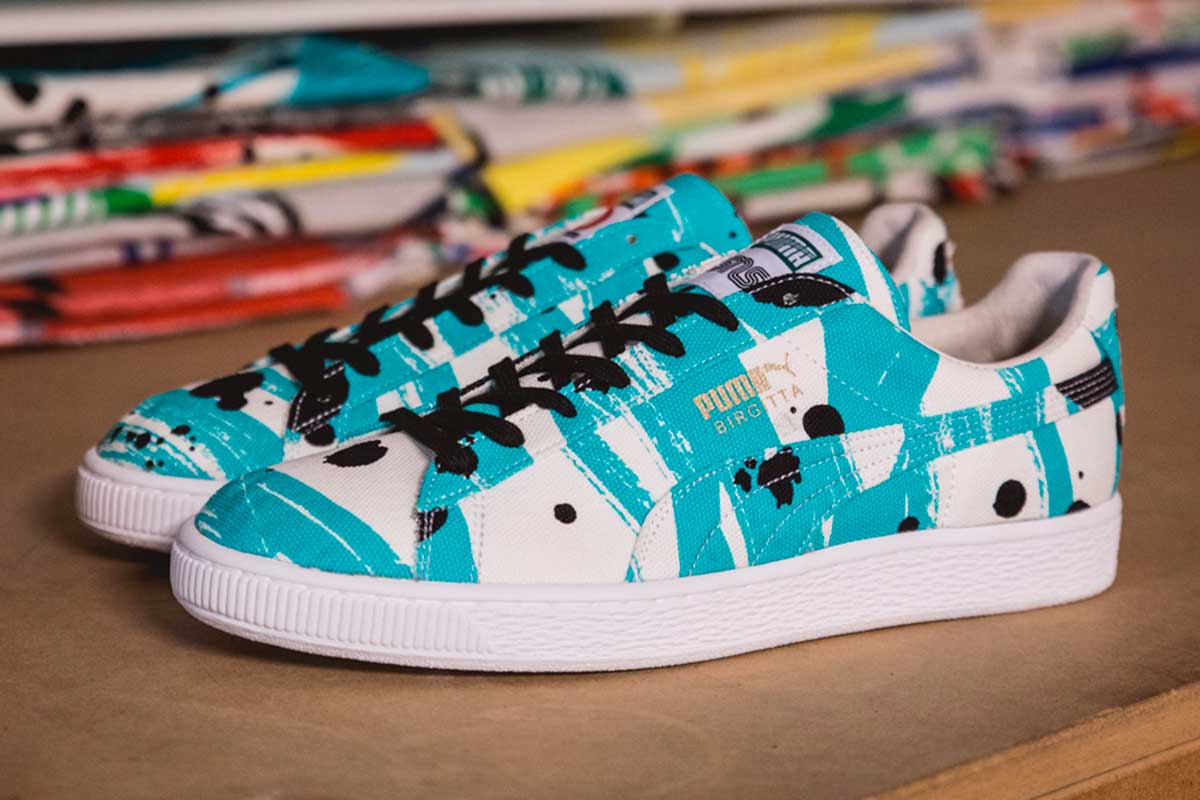 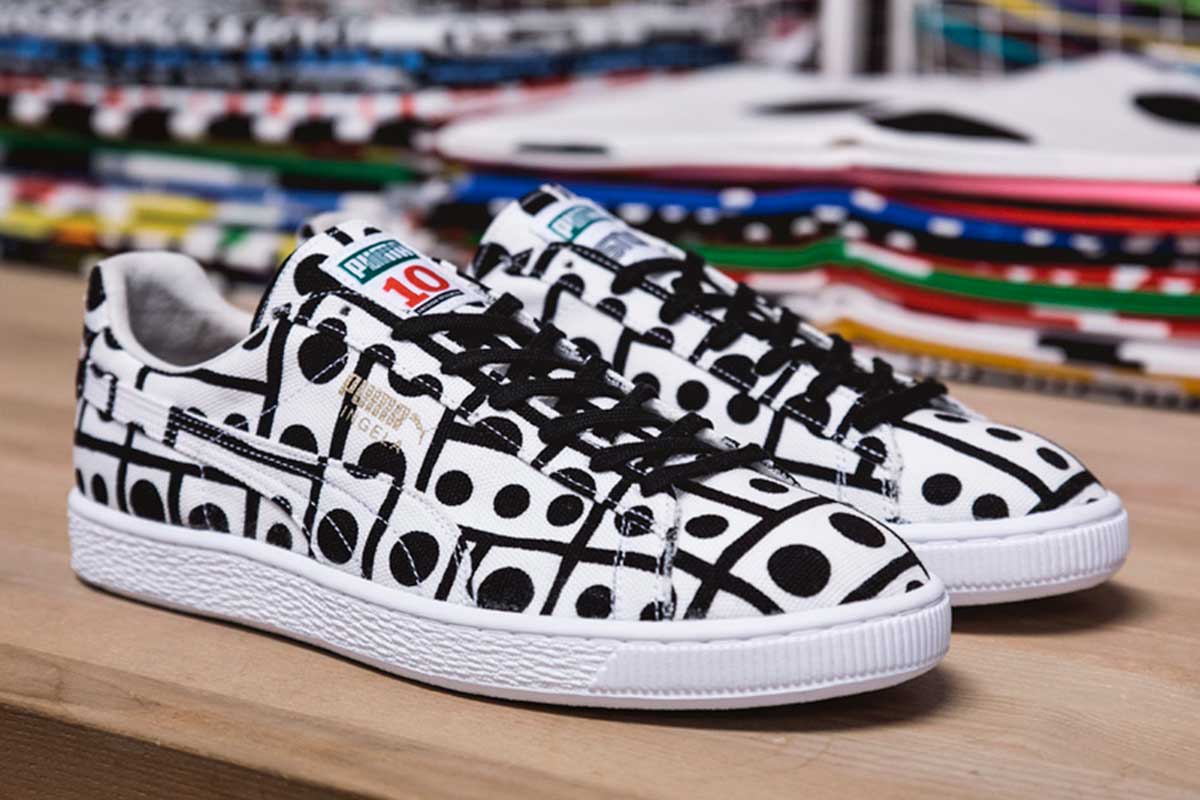 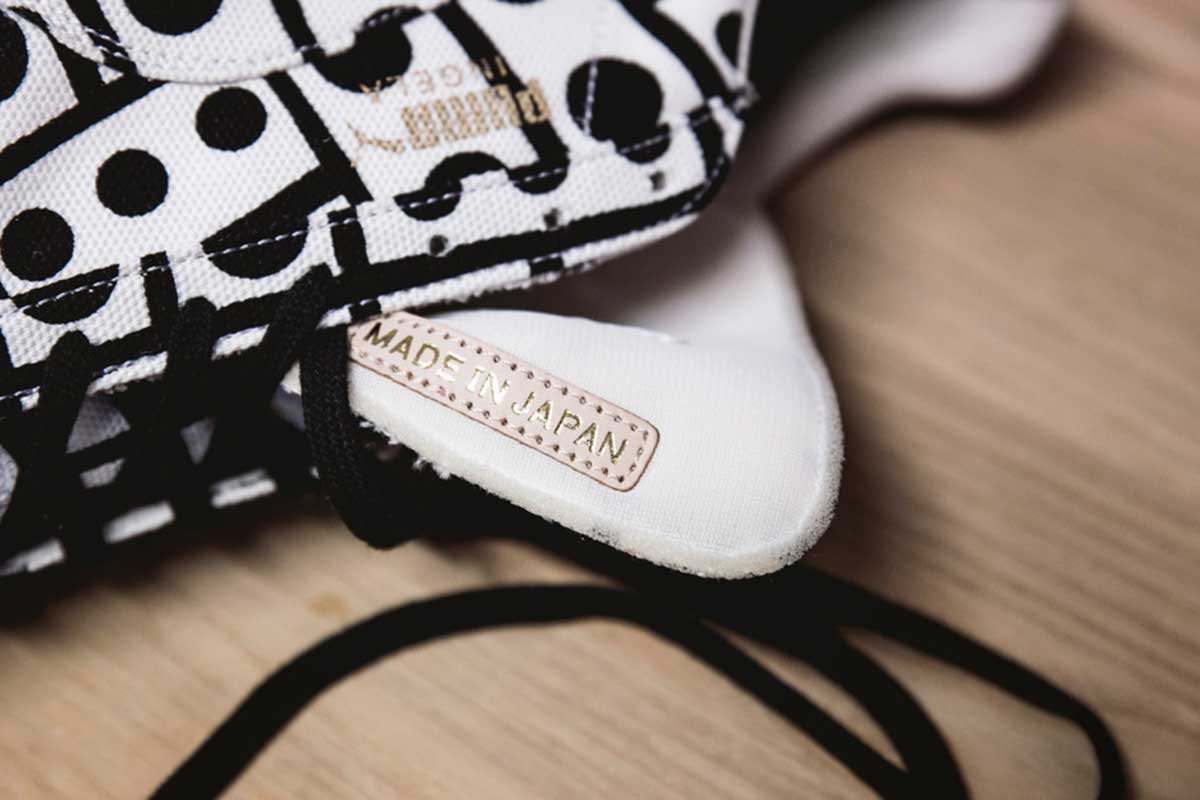