K-Swiss are an American heritage Tennis brand founded by two Swiss brothers in California. Renowned for their Tennis footwear, their groundbreaking shoe was the Si-18 International. Following on from that success they released their Gstaad court shoe.

Known for their performance, K-Swiss spent 3 years developing the model and a further 10 months testing it before releasing it to market. Re-released in their original form a few months ago, they retained the same spirit as the originals.

The retro of the Gstaad was brought back as a 1:1 replica and in their original colours of White, Navy and Red. The premium grain leather of the uppers and lining are offset by the Navy and Red detailing to the signature side stripes and mid-sole. The K-Swiss badge is featured with on the tongue label and side. A K-Swiss embossing on the rear heel completes the classy executed re-issue. The outer-sole of the isn’t forgotten as it’s details continue the White, Red and Navy colour scheme.

The K-Swiss Gstaad’s are currently available with select stockists and via the K-Swiss website. 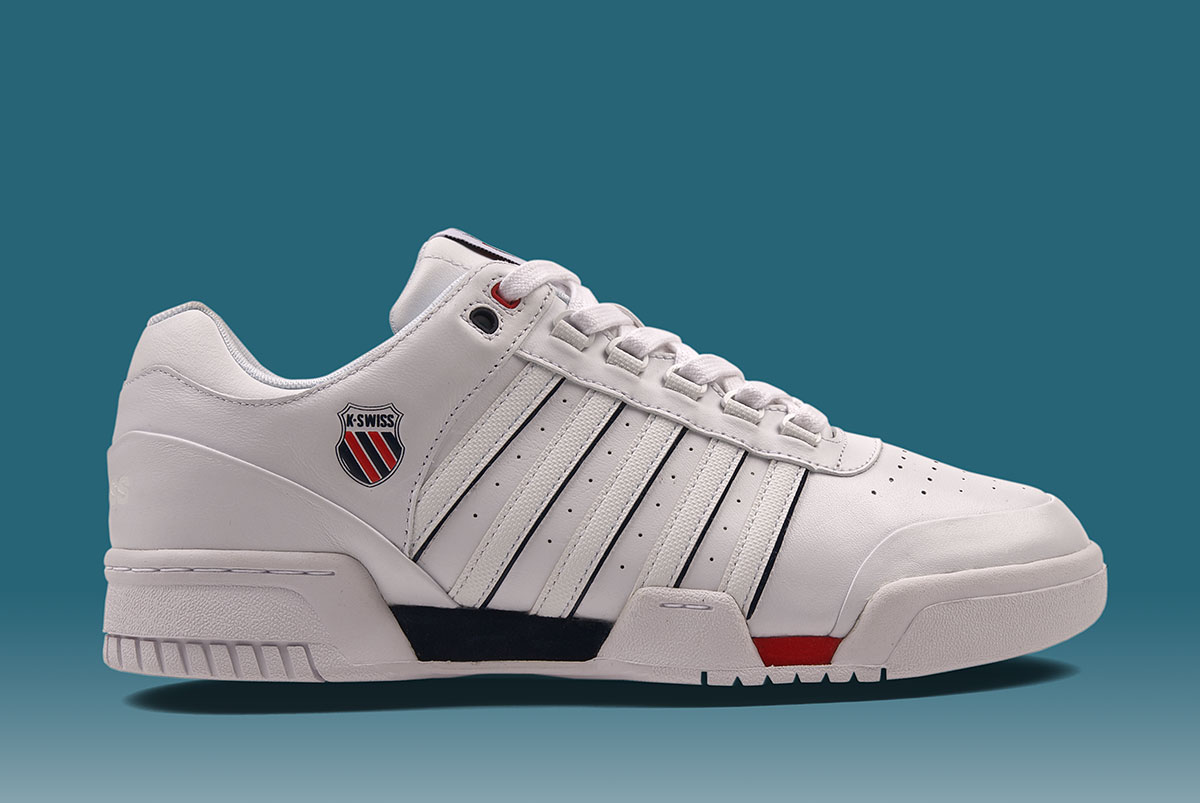 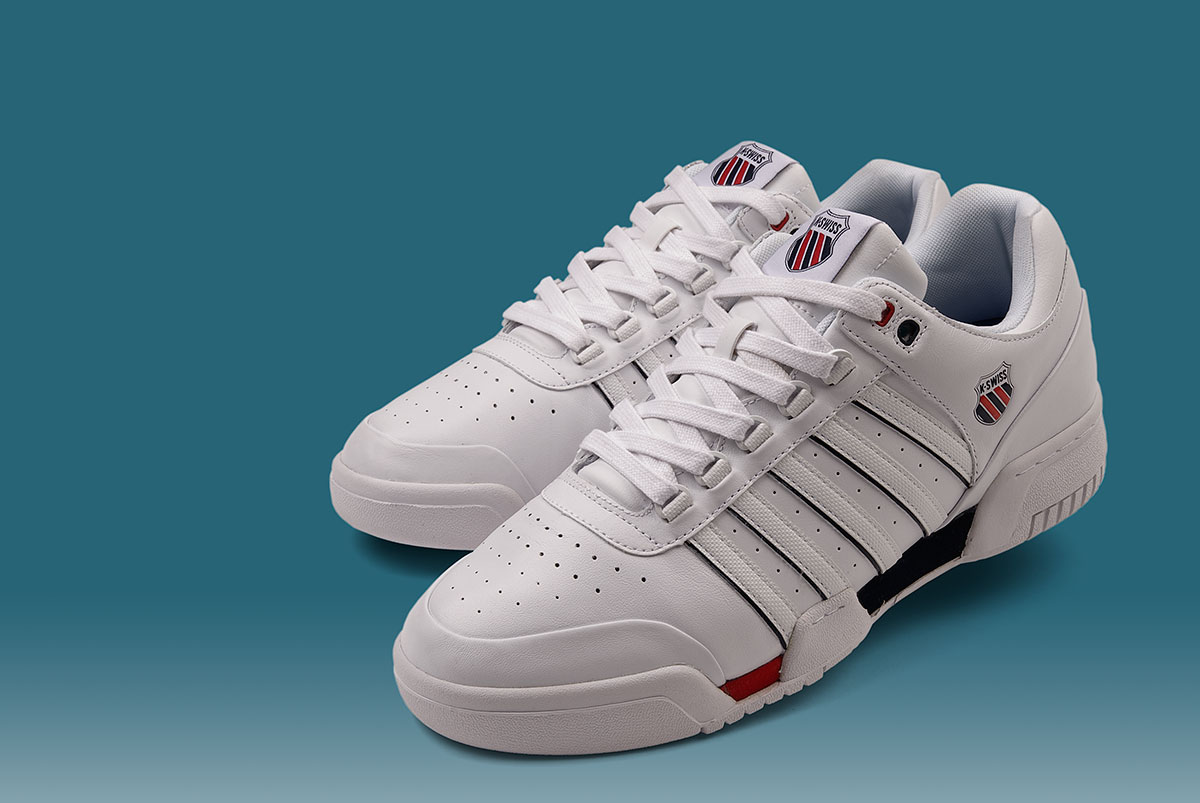 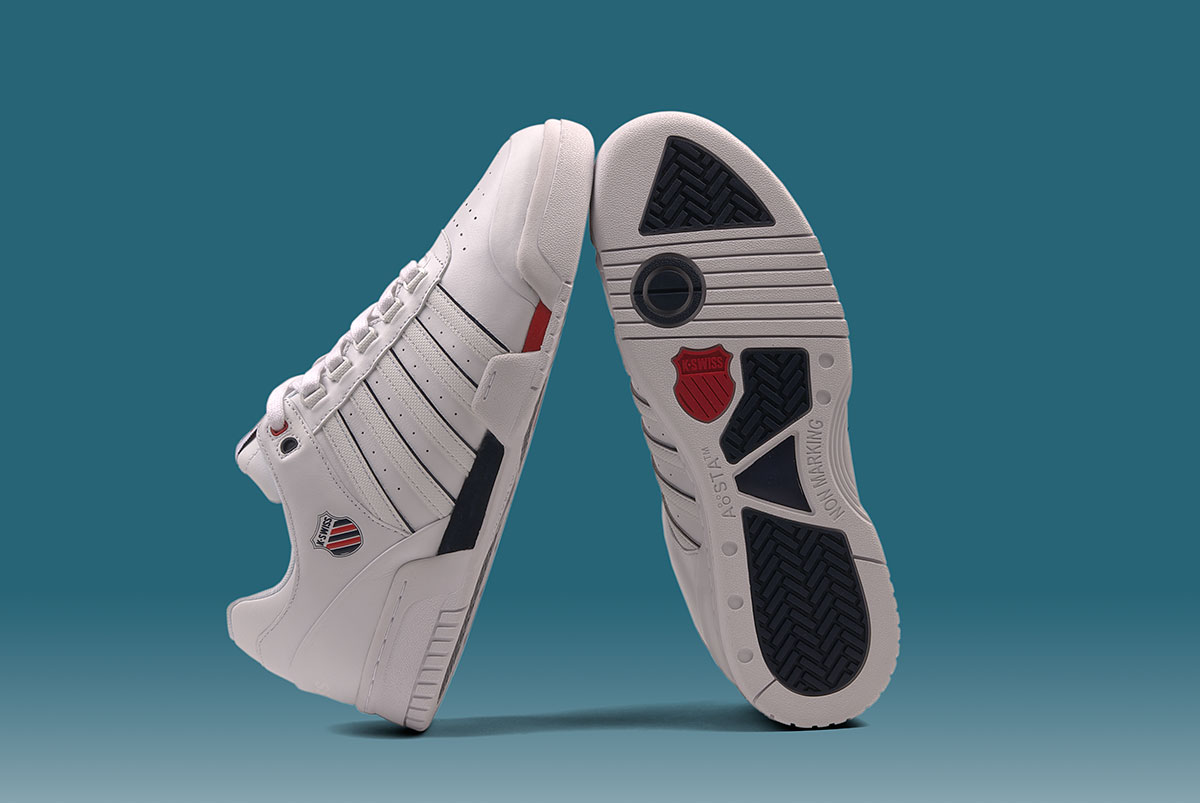 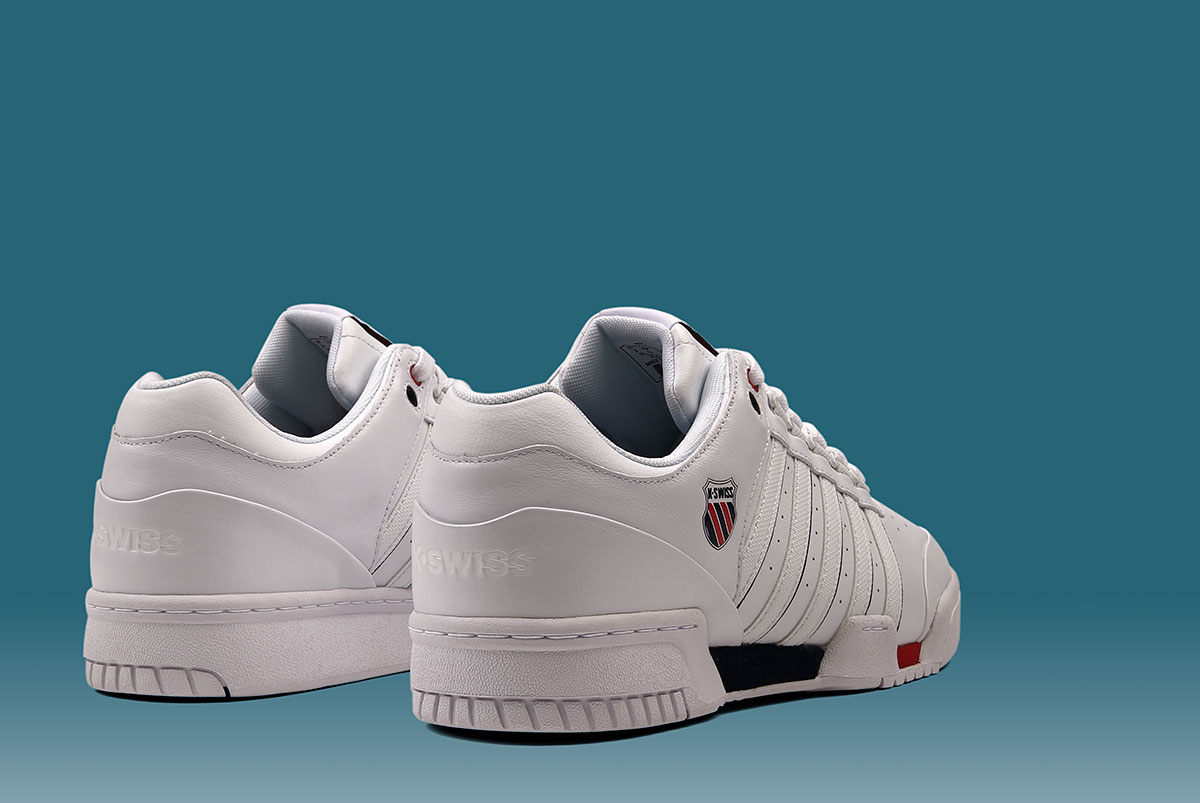