Just before the end of 2014 K-Swiss made a long awaited comeback to the footwear market. They did this with the retro of their iconic Si-18 International Tennis shoe. Following on from that and continuing with their Tennis heritage, they’re re-issuing their Gstaad model from the 1980’s. K-Swiss introduced the first ever all leather Tennis shoe in the 1960’s and the ground breaking Si-18 International followed in 1989. When they released the Gstaad it adhered to the same spirit and innovation as those that came before.

The retro of this iconic Tennis shoe will be the first in a set of special colourways to come throughout the year. They were originally manufactured with superior craftsmanship and their release for 2015 will be replicated in premium leather in White/Navy/Red & White/Neutral Grey/Red.

The K-Swiss Gstaad is currently available via their website and will shortly be rolling out across select stockists. 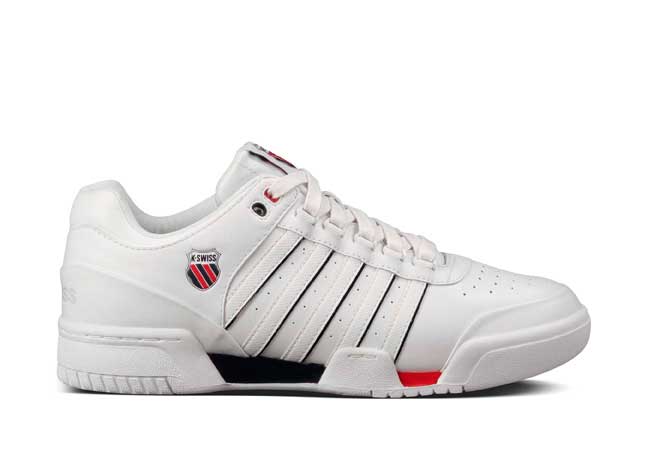