As 2014 came to an end PUMA released a trio of Trinomic shoes as part of the Crackle Pack. The first three releases saw a three colourways released in each of the XT2, R698 and Blaze of Glory models. With the start of 2015 the pack is set to complete with the Disc Blaze versions.

The final set sees the PUMA Disc Blaze in three mock-up’s that combine a selection of fine materials and colours. As with the previous three they take inspiration of sun-baked clay tennis courts. The Black, Grey and Burgundy have accents of other colours and crackle effect applied to the rear of the Trinomic soles.

Now with the final pack ready for release it completes a set of 12 shoes, with the previous three all currently available. The PUMA Trinomic ‘Crackle Pack’ Disc Blaze will be available from 10th January at select stores including Size?, Offspring & End. 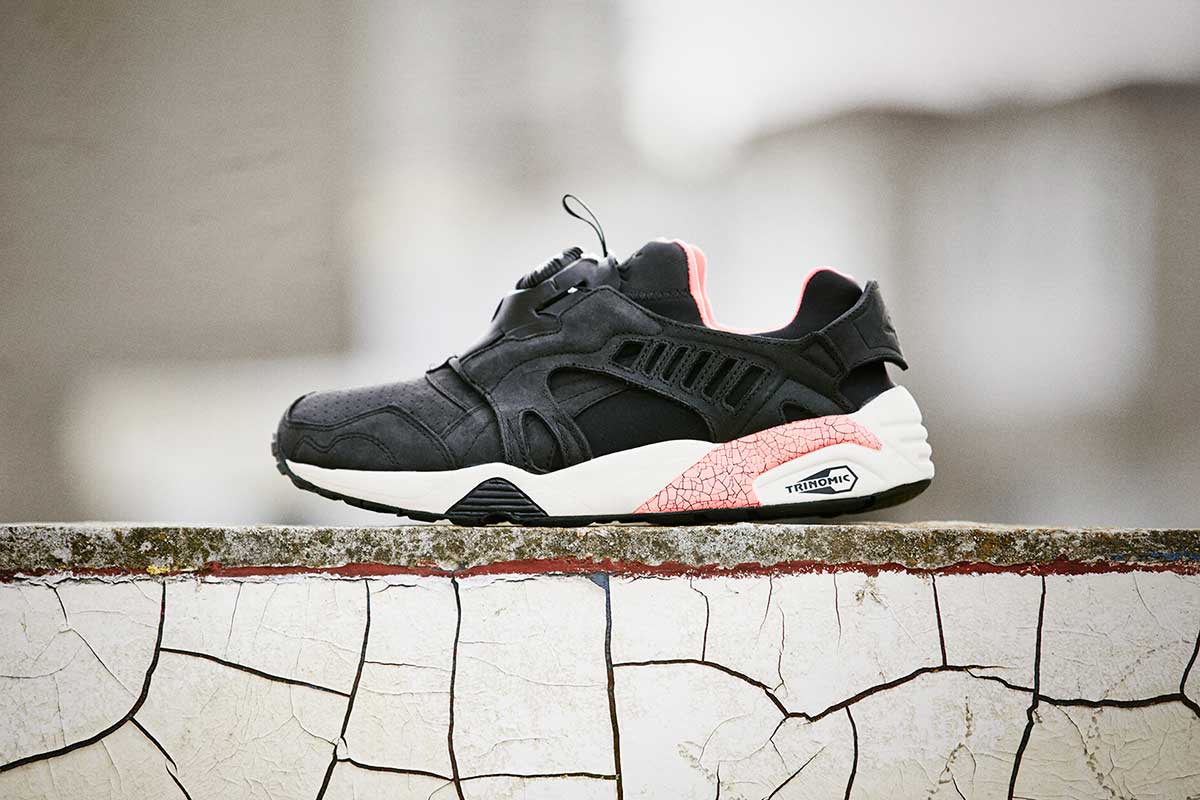 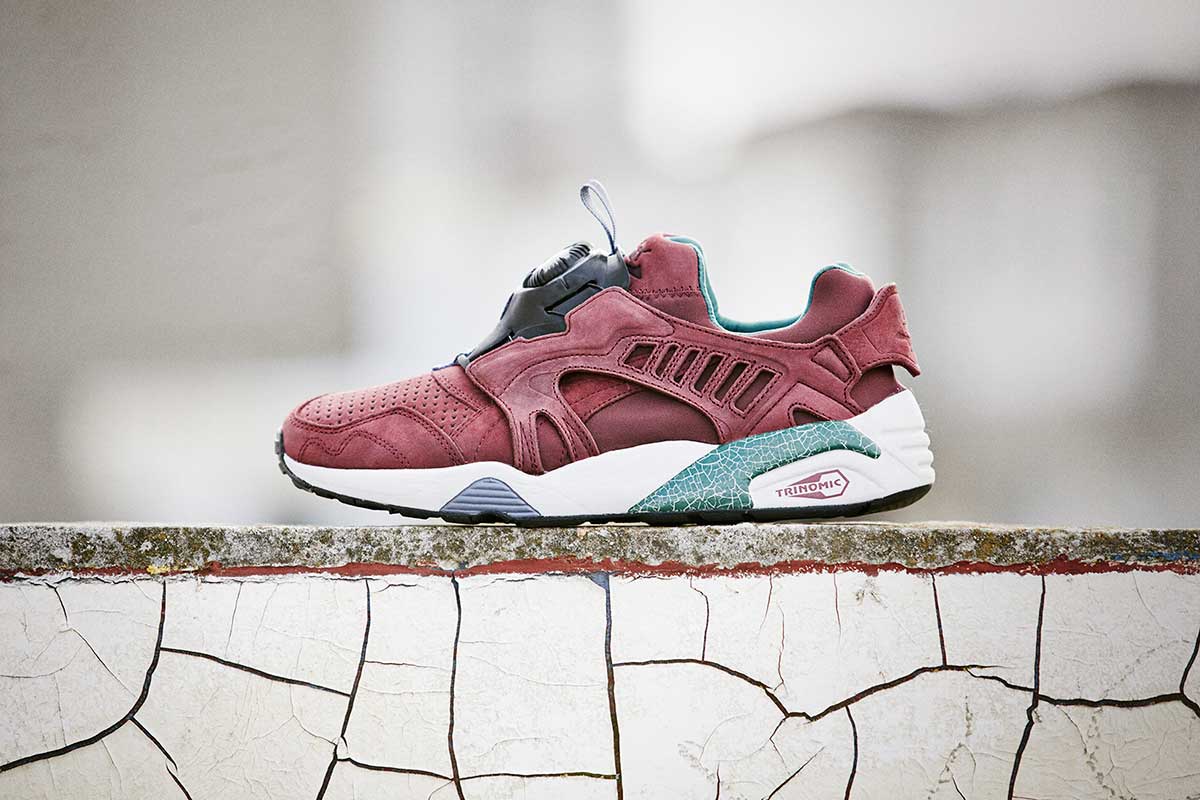 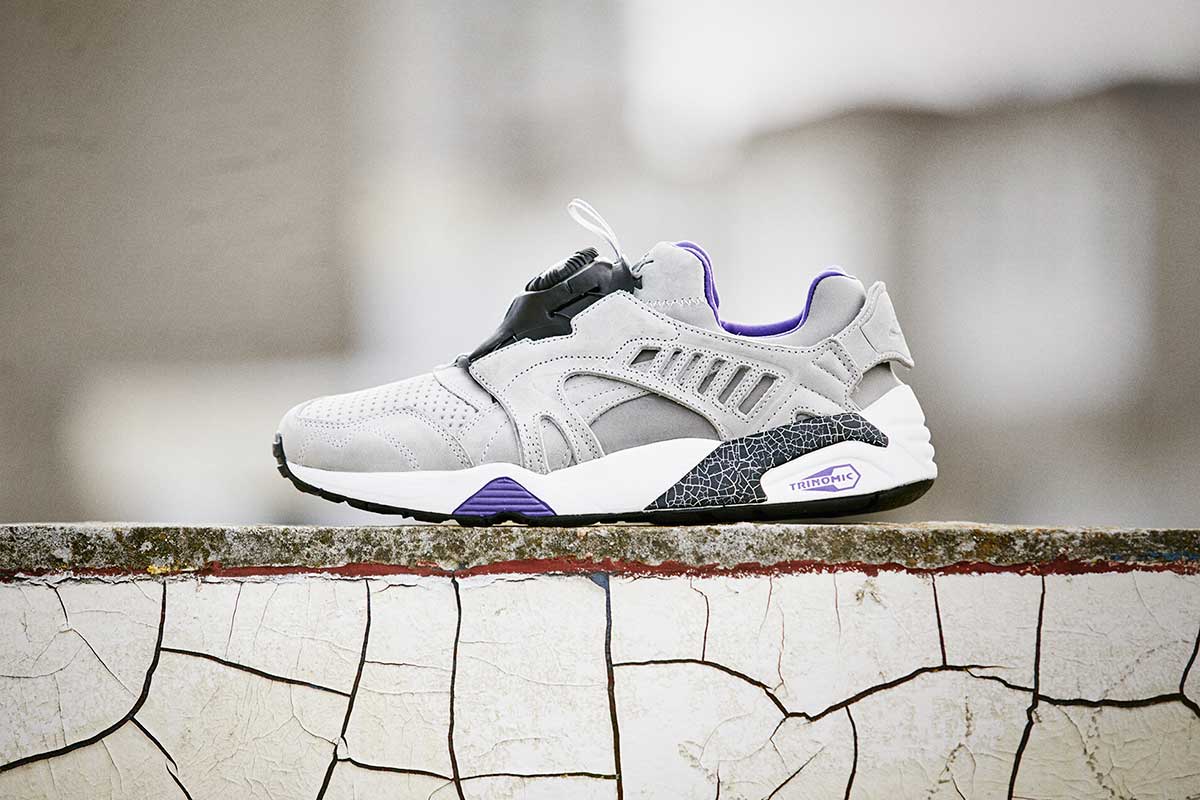