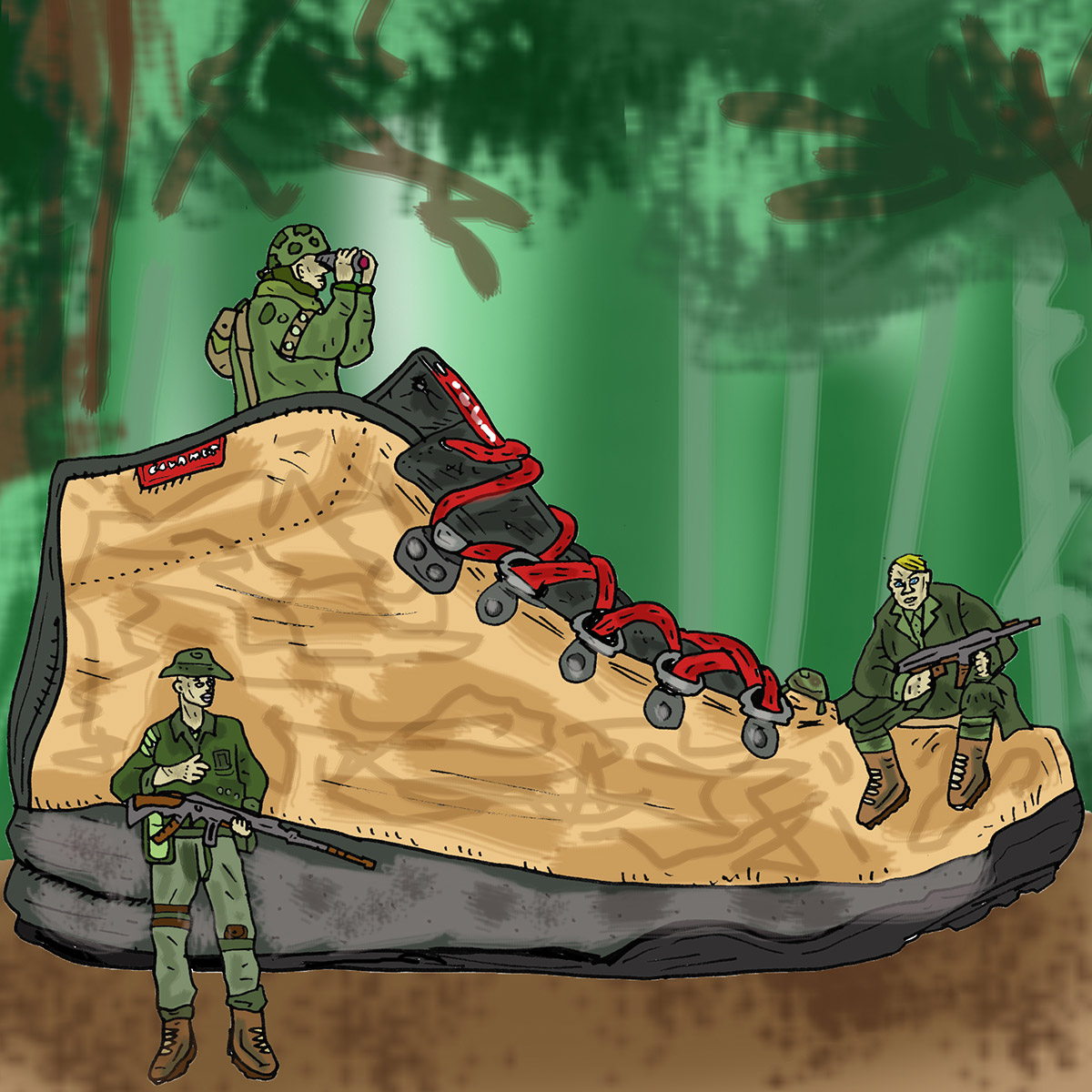 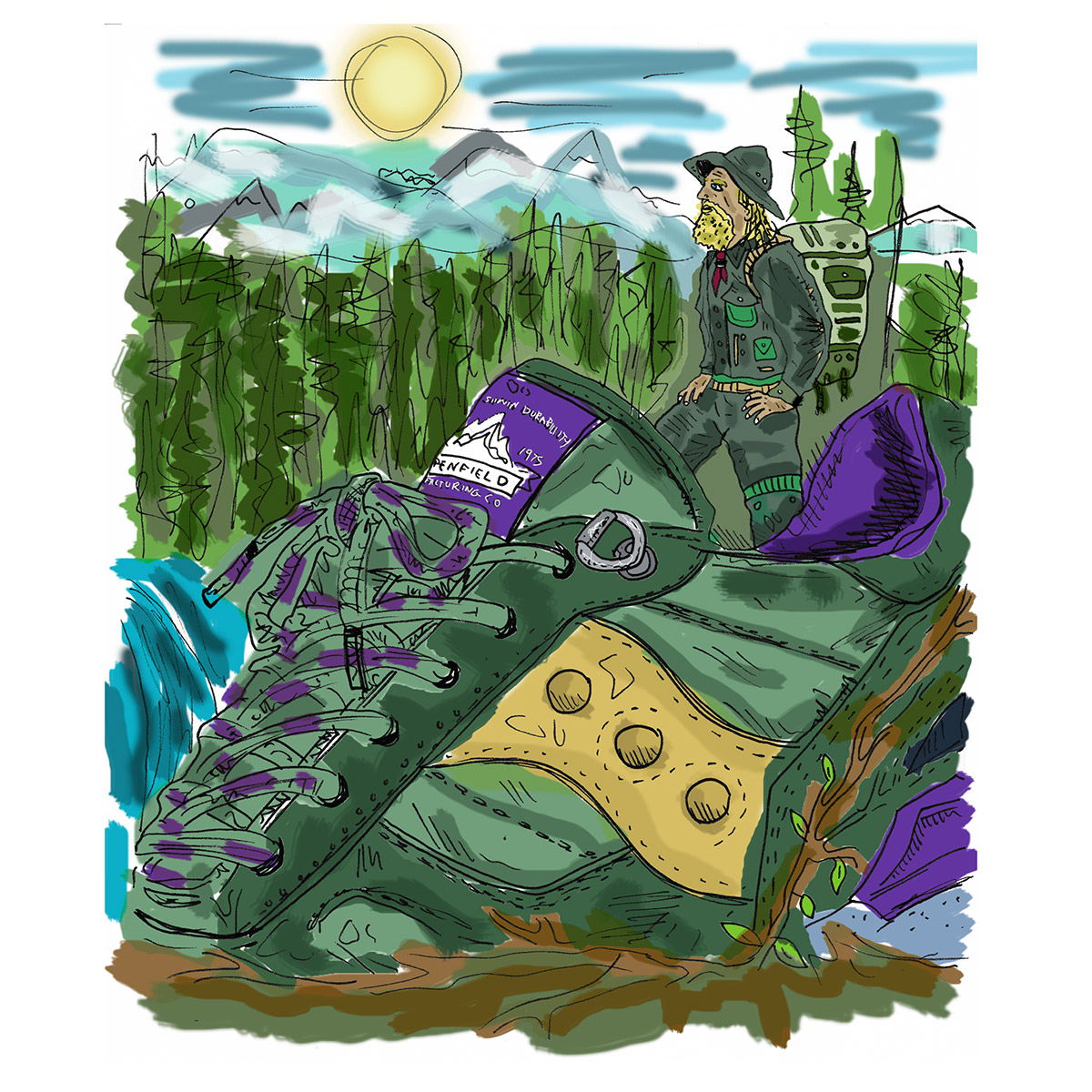 From sketching to pass the time in his classes to commissioning work for some of most well know and up-coming brands, illustrator John Ryan Speed aka Rebel Yüth has developed his own style that’s getting praise from many and others imitating. We caught up with him to discuss how he got started, his inspiration and what he has coming up in the future.

Where does the name Rebel Yüth come from?

I was always obsessed with the youth and iconic rebels like Elvis, James Dean and Cash ect. So that’s part of it, the other is I like names and ideas that have a dark undertone to them. One of the biggest influences was the band Joy Division, which is such a great name but derives from the prostitute section of Auschwitz. So I decided to call it Yüth in German to give it a darker tongue in cheek spin on it. I wanted a name that was interesting but didn’t take myself too seriously basically.

What was your background in to becoming an illustrator?

I used to drawn none stop throughout most of my classes at school; I never took much else seriously. I took it a bit more serious at university and now I have people asking me to do stuff for them, it’s still a bit surreal but cool. Seeing celebs and brands you look up to talk kindly about your work or post and ask work of you is rad.

How do you go about choosing the subjects and inspiration for your illustrations?

Do you have a preferred media you like to work with?

I have always just used a sharpie or a few good black pens, keeping it simple. For a while I hated using colour and it’s only through doing it with Photoshop and adding it digitally I got round that.

You’ve worked with various clothing brands to present clothing and shoes in a different way that photographs do. Does it come with a certain pressure to still do them justice or are you encouraged to illustrate them how you see fit?

I never really worry with doing them justice. I worry more it it’s a person’s face or something, but now when a company comes to me they usually know my background and my style, so if they are asking they are going to on some sort of level know what it’s going to look like I guess. I always like hearing people’s ideas as well, because it’s a fun process about working out what will and won’t work and reaching a good compromise.

I once did a caricature illustration of my missus which she didn’t appreciate, have you ever experienced something similar?

Ages ago I drew a girl I fancied at school, it was like that scene in Napoleon Dynamite, where he says he spends hours on the shading of her top lip. It didn’t go down well. Let’s leave it at that! Haha.

How does the increasing presence of social media play a part in getting your work out there and seen?

It has helped massively, I had a bit of work with some cool brands but nothing major and then I got Instagram and the support got big real quick. Brands that helped when I first started out like Trainer Spotter and Breaks Mag are something I am always going to remember, they’re awesome. Sometimes it can have a negative affect though, I have had certain individuals and big brands bite ideas, but I guess that shit happens when anyone can see your work anywhere. I am not one for naming names, and they know who they are.

Do you have any interesting projects or work coming up that people can look forward to?

I recently just did an exhibition with Bench, that was so amazing and the PR company that sorted it: Canoe PR are going to sort out some more big projects, so watch this space, can’t say much more at the moment. I love doing work for small up and coming brands.

I just worked with up and coming guys Lightwork Clothing, they have a great cheeky youth Streetwear vision and it was cool working on their new collection. So it will be good to see the response. I will also be doing something with Lacoste Live and Fresh Habbits hopefully before Christmas. I have a few other things in the pipeline but nothing’s concrete yet.

I have just finished an exciting capsule with brand: S.O.O.N (Something Out Of Nothing), based on Def Jam records sketching Rick Rubins and Russell Simmon. The hood got sent to Rick Ross, so if he wears it with a pic I will probably retire happy and be a dentist of something.

Thanks for reading and Frixshun for sorting this. Peace. 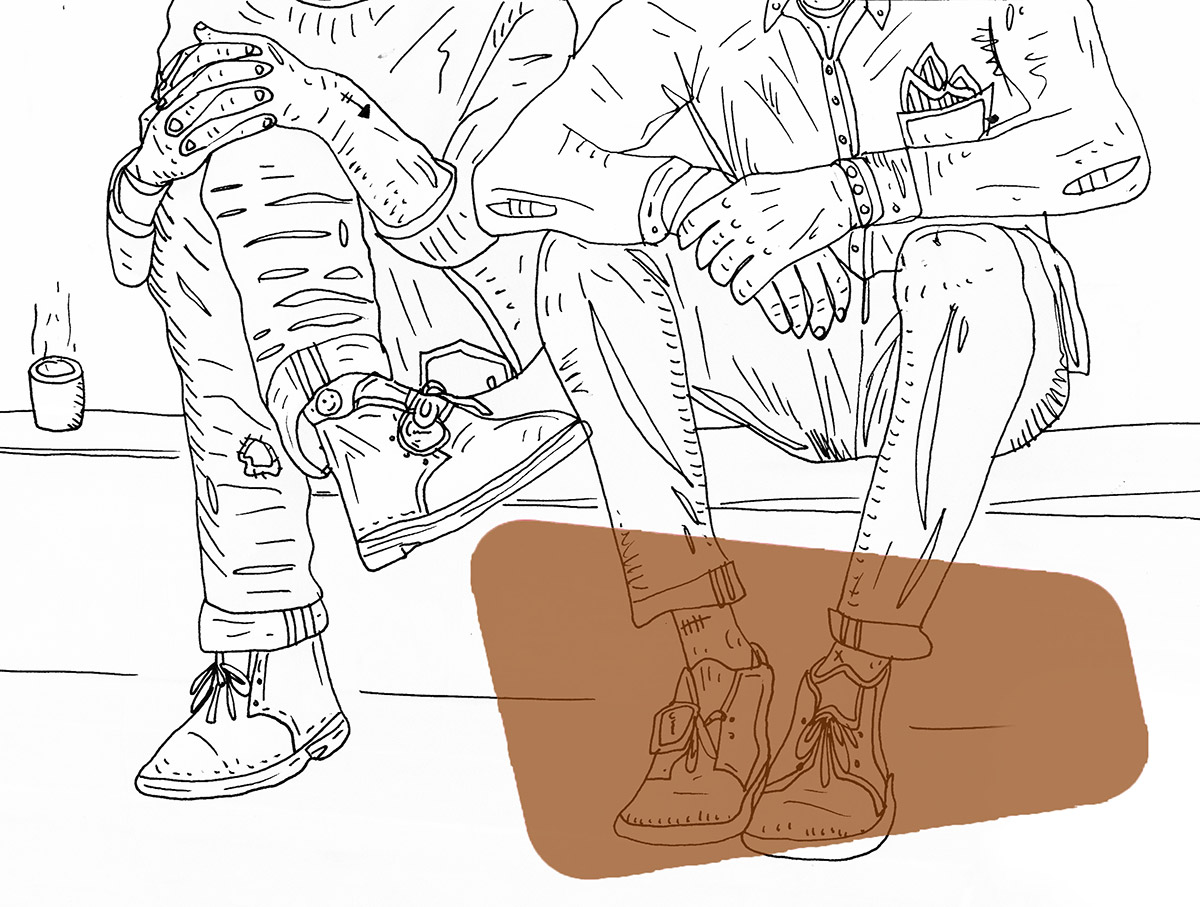 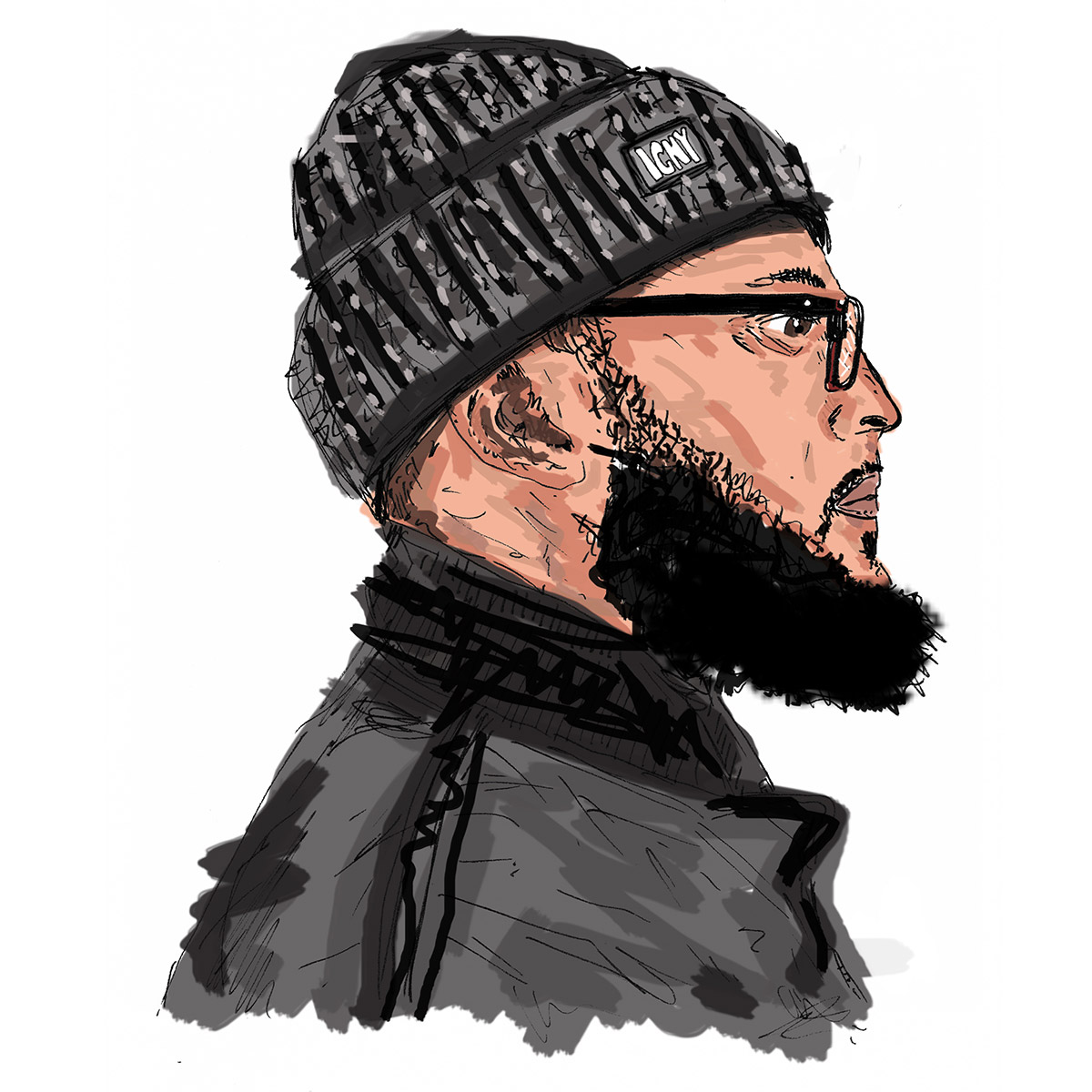 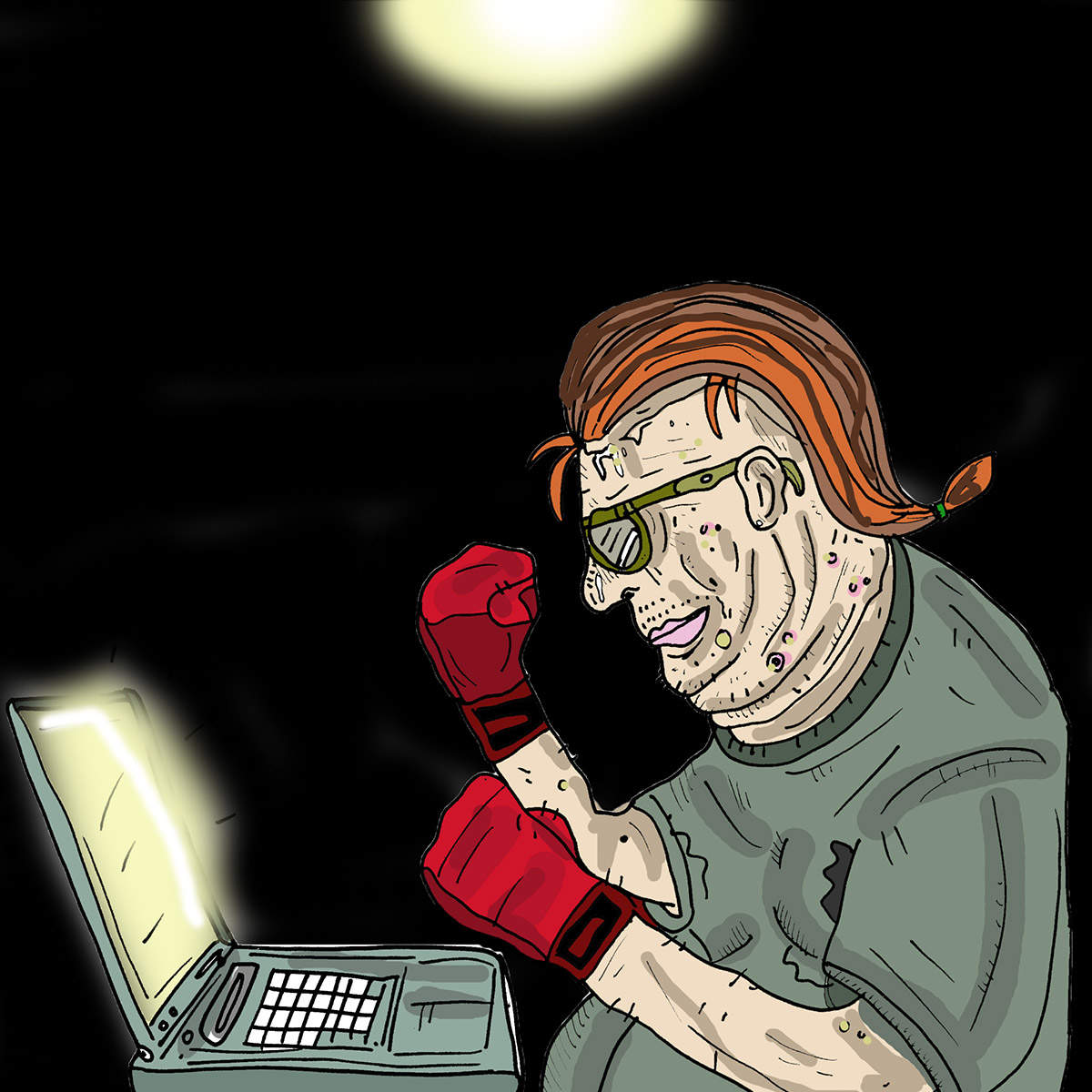 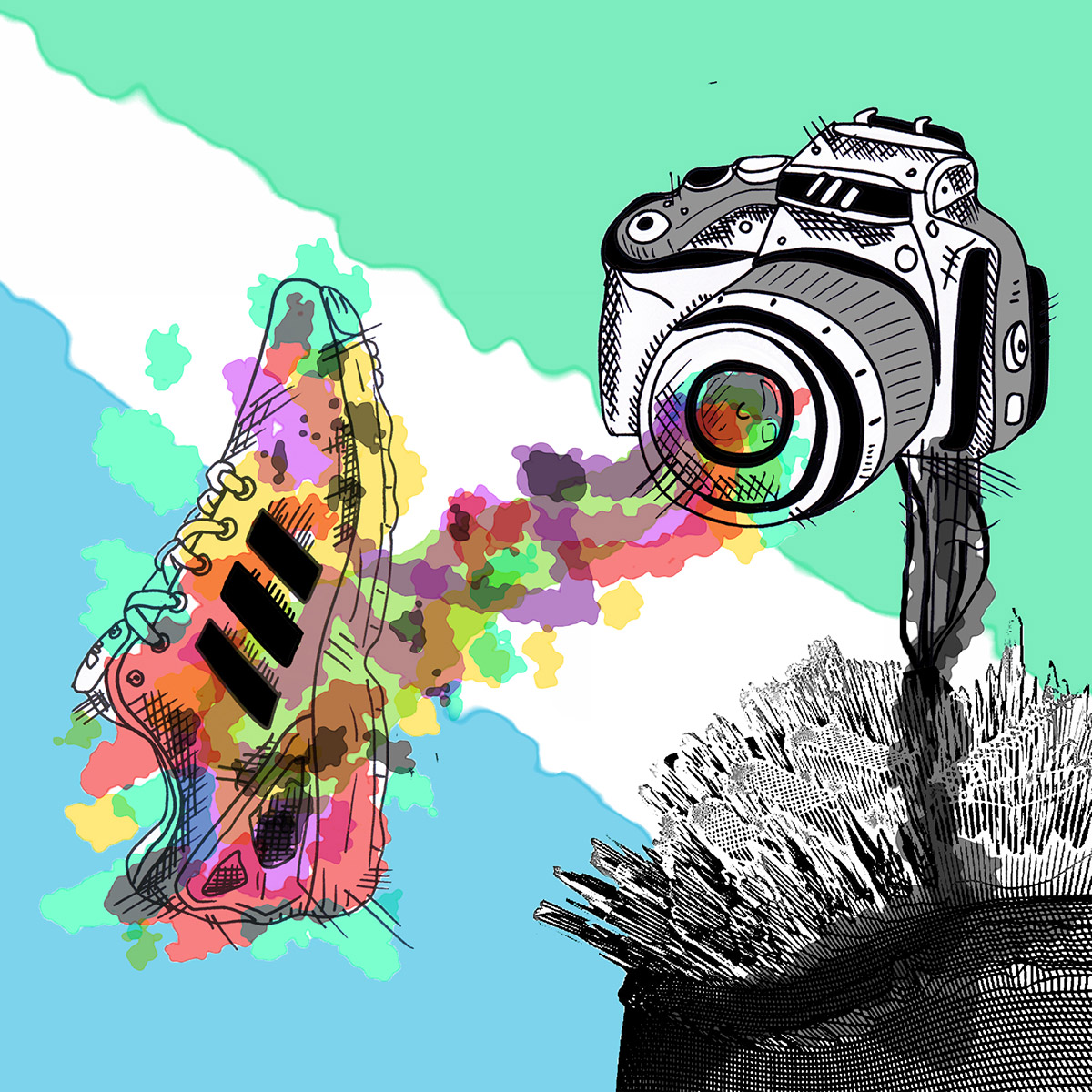 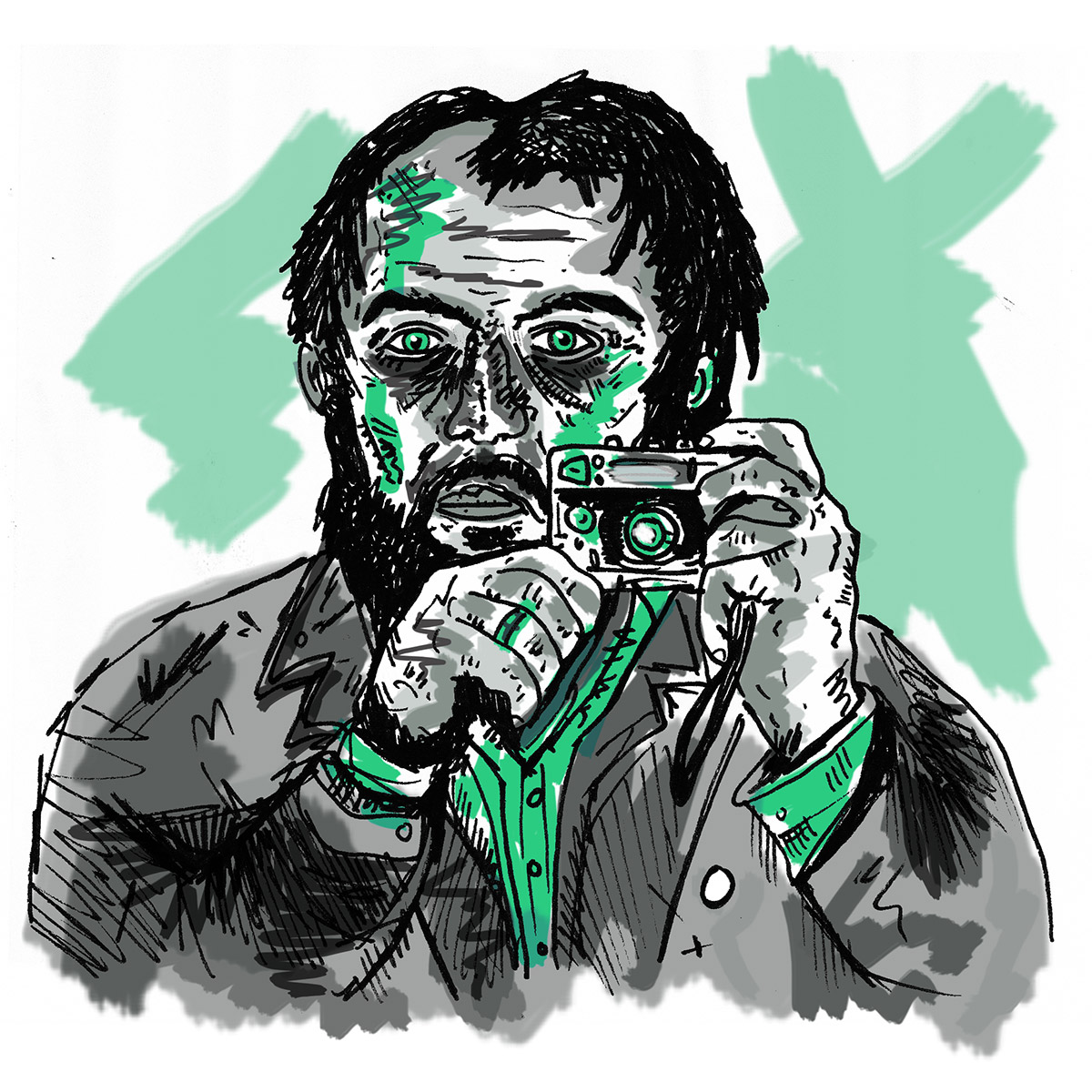 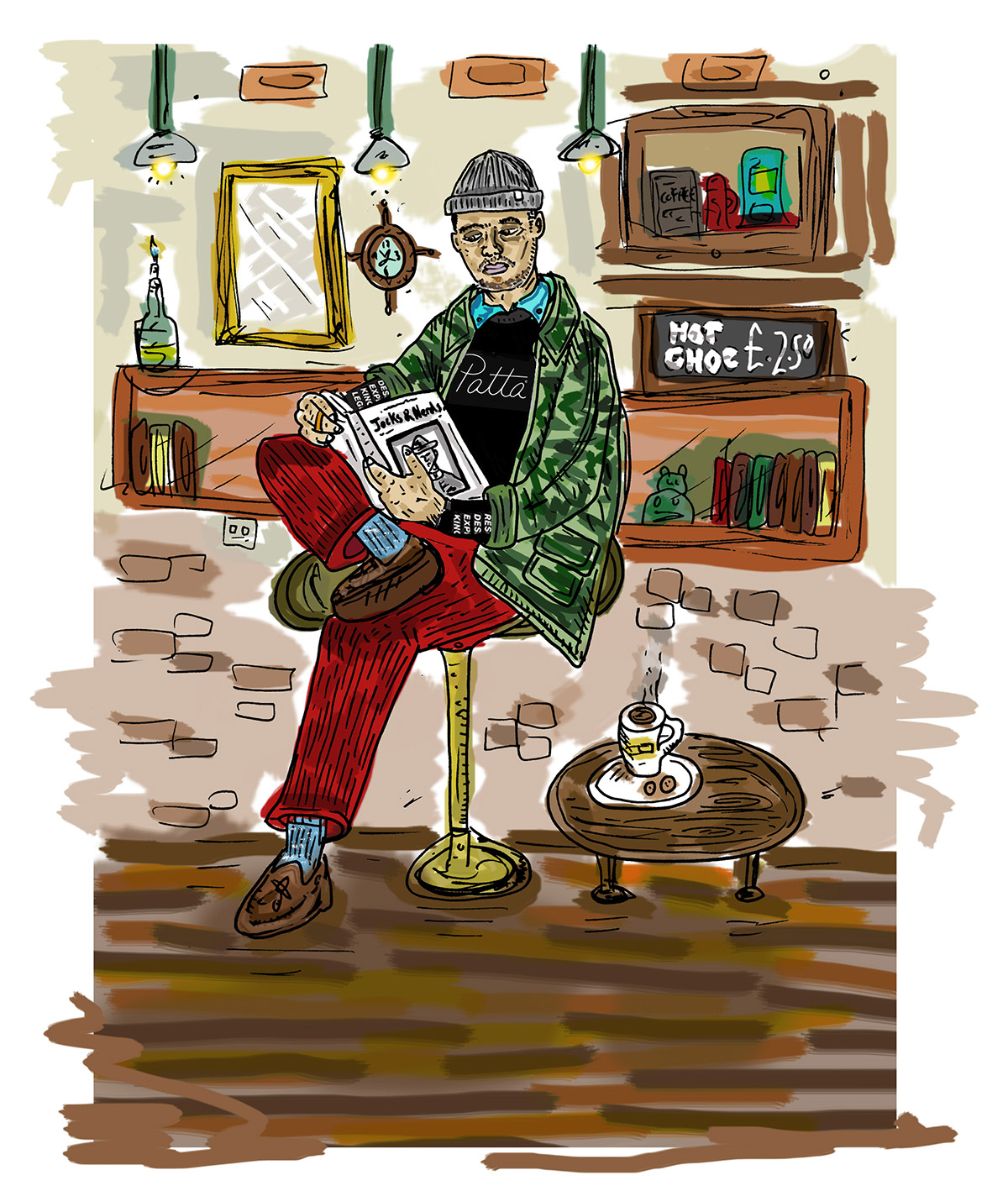